The History of Cats

A Little Bit About the History of Cats

Cats have lived in the world of humans ever since anyone can remember. These feline friends have been around for a long time that they seem to have forever been in existence. Certainly, they had to come from some place and researchers from all over the world are attempting to determine such interesting facts about domestic cats. Just like nature, these pets had a lot to say in their own destiny since it is unthinkable for these creatures to have evolved in other ways.

Every household cat in all parts of the globe has originated from merely 5 lineages in the Fertile Crescent.

According to scientists who studied the DNA of about a thousand domestic and feral cats, there is not much variety among domestic ones. It is amazing that all domestic cat breeds that people are familiar with came from just five lineages, namely: the central Asian wildcat, the Chinese desert cat, the near eastern wildcat and the sub-Saharan African wildcat. All original cats stayed in a small territory called the Fertile Crescent that stretches from the eastern Mediterranean to the Persian Gulf.

One scientist said that based on their studies, cats were not trained as house pets in any other part of the world. They were domesticated by those who lived in the Fertile Crescent even before they were brought by people to other places worldwide.

Domestic cats of today have evolved from wilder predecessors 130,000 years past however they have only been traced back about 12,500 years. These pets may have more ferocious relatives but long ago, they have diverted from these big cats.

Cats are not like any other domestic pet since they are able to domesticate themselves, which is not surprising at all.

People with pet cats know that felines will seldom do anything except if they wanted to. Cats began to show their willingness as soon as they become loyal companions. They protected the crops of humans from rodents and pests. When people realized the advantages of having cats like keeping the vermin away, they wanted to keep them on purpose.

Cats can be very useful and for this reason, people take along their cats whenever they traveled to other distant places. Cats, realizing the value of human and pet relationship, cooperated.

Cats with the Egyptian lineage dominated the modern cats of today.

Egyptians are known to revere cats. As a matter of fact, Bastet, the Egyptian goddess of love had a cat's head. Moreover, in ancient Egypt, when a person is proven to have killed a cat, he will be sentenced with death. Egyptians have a high regard for cats that is why they keep them as pets. Probably, most of the cats nowadays come from the Egyptian cat lineage.

According to scientists, Egyptian cats may have become the most popular lineage since they were highly revered. In addition, they consider these cats to be better pets because they are tamer and more sociable. 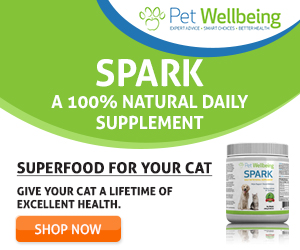 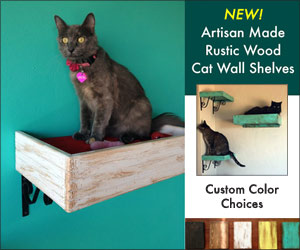